Can the pessimist become the optimist?

What makes one an optimist while another is a pessimist? What separates the two and can the pessimist become the optimist? Research suggests they can.

In the 1960’s, first year psychology students Martin Seligman and Steve Maier, concluded that they can. The outcome of their study proved it isn’t suffering that leads to hopelessness, it’s suffering that you believe you can’t control.

Can people learn that they are helpless?

It was once thought that neither animals nor people, could have thoughts that influenced their behaviour. It was thought that all living animals respond mechanically to punishments and rewards. How far we’ve come in understanding behaviour!

Think about your own most recent challenging experience. Can you consider your recent difficulties the result of particular mistakes which you could avoid in the future? Are you able to think back to the past, where you have overcome failure and eventually succeeded?

Will tomorrow be better than today?

Much of what you might see in people who are optimists is their ability to ask this question and answer, yes! Resilience is the ability to be able to bounce back from difficulty. It’s being able to draw on past experiences, despite current hardship, take control of the situation and recover quickly.

There is an old Japanese saying; fall seven, rise eight. It’s not what happens to you or how many times it happens to you that matters. The only thing that matters is whether you can get up again and keep fighting. It’s the feeling that you have the ability to change your circumstance.

Since Seligman and Maier’s studies in the 60’s, more recent research has concluded that suffering without control, can reliably produce symptoms of clinical depression, including changes in appetite and physical activity, sleep problems and poor concentration.

Seligman later went on to further train as a clinical psychologist. He went about investigating the flip side of learned helplessness, in other words, what he describes as learned optimism.

Learned Optimism as described by Seligman, is your ability to stop automatically assuming guilt; how to get out of the habit of seeing the direct possible implications in every setback; how to be optimistic.

Optimists will always search for temporary causes for their problem. They will habitually find specific issues which they can control and change next time. Pessimists blame their troubles on permanent and pervasive causes for which they believe they have little control.

Here’s a test from the work Martin and his students did to distinguish optimists from pessimists. Imagine you can’t get all the work done that is expected of you in the week. Think about one major root cause for why this occurred. 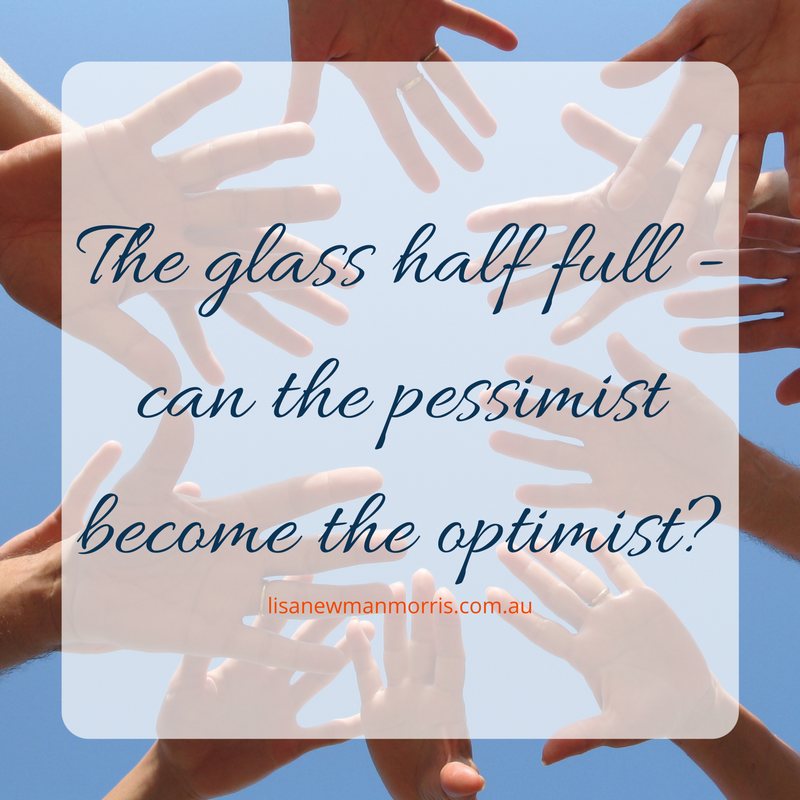 If you’re a pessimist you might say something such as “I can never keep up to date” or “I don’t have time” or “I’m not cut out for this”. These explanations are permanent and they remove your power for being able to change the situation. These reasons could also influence other situations and not just this one current struggle.

These types of permanent and pervasive explanations for problems, turn minor issues into major catastrophes. They make it easy for you to decide to give up. It seems logical that you have no control over the current challenge and you have no way to influence the outcome.

On the other hand, if you’re an optimist, you’ll find something much more temporary and specific as the cause. “I made an error in my calculations” or “I didn’t stick to my time management schedule”. These types of temporary and specific causes can be corrected. They’re fixable and it’s easier to be motivated to make changes for the future.

The benefits of being optimistic

As a result of this research, Martin found that compared to pessimists, optimists are less likely to suffer from depression and anxiety. Optimists also perform better in other pursuits not directly related to mental health.

Optimistic teenagers remain healthier throughout middle age and ultimately live longer than pessimists. Optimistic students are more likely to earn better marks and are less likely to drop out of school. Optimists are more satisfied with their marriages and are twice as likely to stay in their jobs.

A one year field study of MetLife insurance agents, uncovered optimistic salespeople sold 25% more than their pessimistic counterparts. Other studies of salespeople in a wide range of industries, showed that optimists outsell pessimists by 20-40%!

Think about the opportunities this presents you as a business owner.

Being a pessimist or an optimist is not a personality trait you are stuck with. You can learn to be more optimistic in times of adversity. The research is clear. You can’t avoid challenging times. What’s important is being careful about your self-talk and how you explain the situation. By focusing on more temporary and specific causes for your current struggle, you can learn to take back control. By choosing optimistic thinking, you will find the ability to be more resilient and to seek out workable solutions. 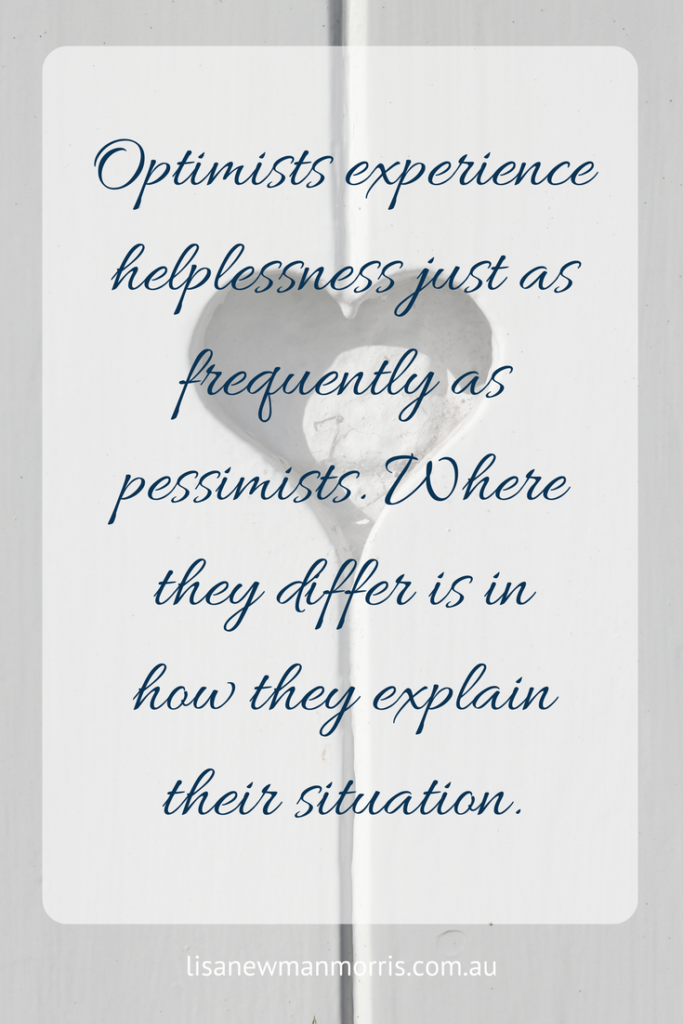 25 Replies to “The glass half full – can the pessimist become the optimist?”